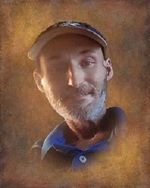 Anthony Neal Beatty, age 40, of Paris, died on Wednesday, March 20, 2019 at U.K. Medical Center after an extended illness. He was born on April 19, 1978 in Lexington the son of the late William Kelly “Bill” Beatty, Jr. and Sabrina Howard Beatty, who survives. He attended Bourbon County High School and worked as a machinist and carpenter. Besides his father, Neal was preceded in death by his grandparents, William Kelly Beatty, Sr., Hazel Beatty, and Fred Howard.
Along with his mother, Sabrina, Neal is survived by a son, Christopher Wyatt Beatty, a brother, Adam Kent (Ashley) Beatty and a sister, Jaclyn Kelly Beatty. Also surviving is a grandmother, Judy Howard, two aunts, Lisa Volz (John), Elaina Hogsten (Eric) as well as special friends, Andy Bevins, Kim Sies, Penny Burchett, and John Dickerson.
There will be a Celebration of Life Service for Anthony Neal Beatty on Saturday, March 23, 2019 at 1:00 p.m. at Hinton Turner Funeral Home with Dr. Henry Hanna officiating. The family invites you to join them for a time of visitation prior to the service beginning at 11:00 a.m.